After living at the house for a couple years and working on a few building projects it was becoming clear that having a dedicated workshop space would be a huge upgrade.  So I decided to build one on the back of the garage.  We began by digging out a flat area and putting rebar connected with construction epoxy to the existing garage foundation.  Then we put some PVC pipes down to allow water to pass under the foundation: 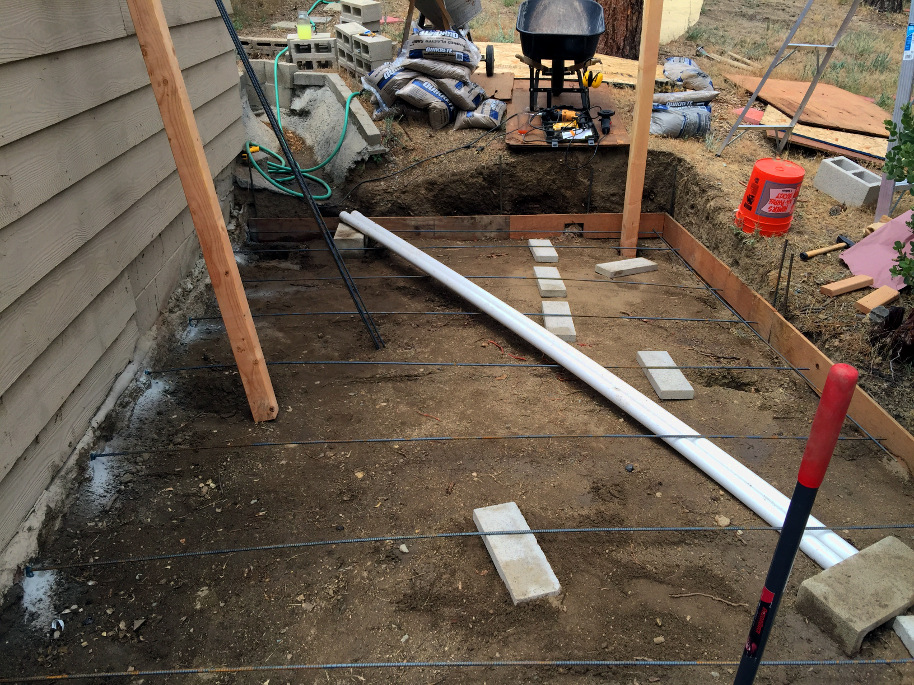 After all the prep was done, Romi and I worked for about 11 hours straight to pour the concrete foundation by hand with an old electric mixer.  Romi mixed the concrete and I poured and leveled it as best as I could. Here we are posing at the beginning of the day: 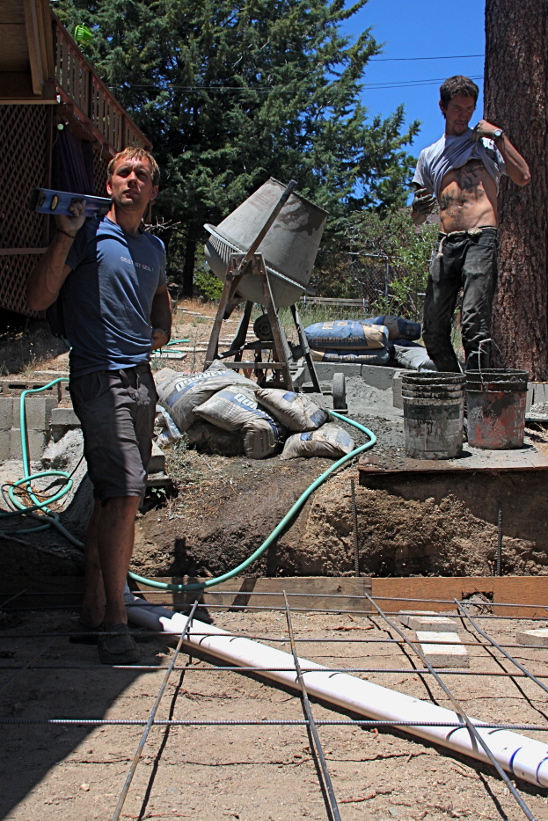 The foundation ended up being about six inches thick, which is more than we really needed and made it an arduous task to pour by hand like this.  But we persevered: 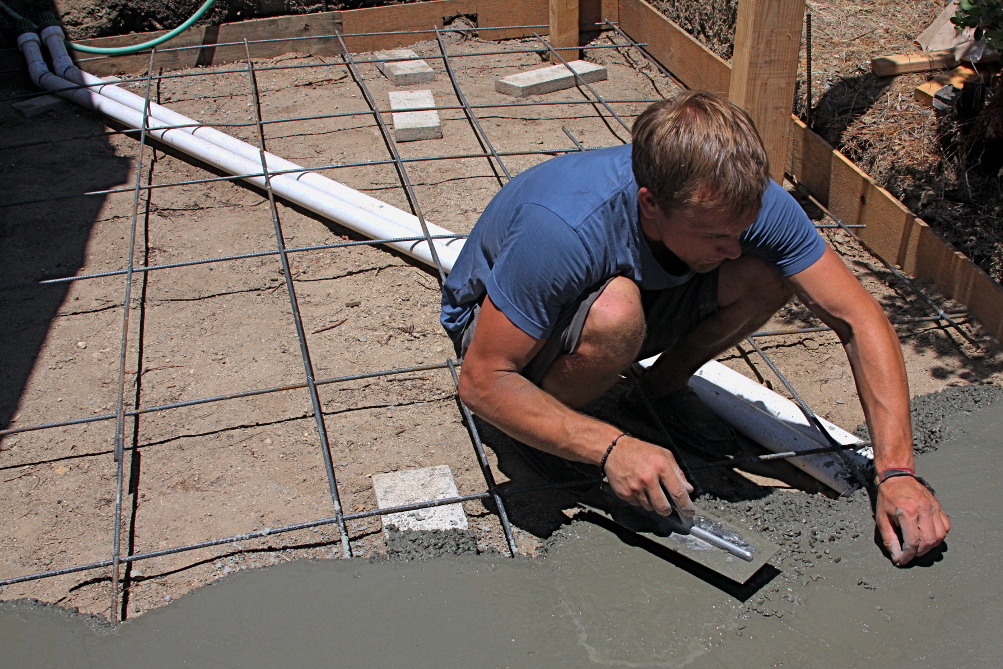 There was a yoga class during the day and one of the attendees, whose name I forget, offered to help for an hour or two and ended up carrying all of the bags of sand, gravel and cement up the property from the lower entrance.  This was a HUGE help! 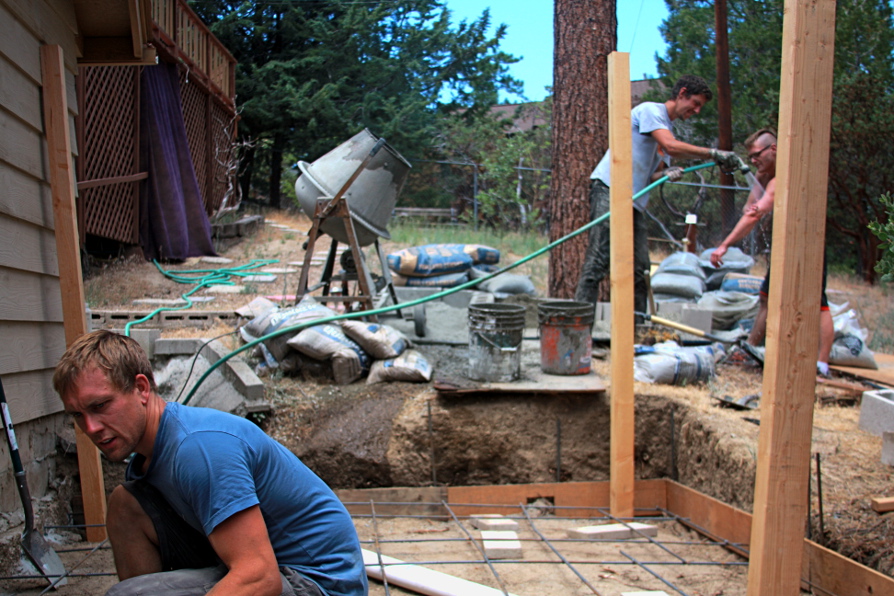 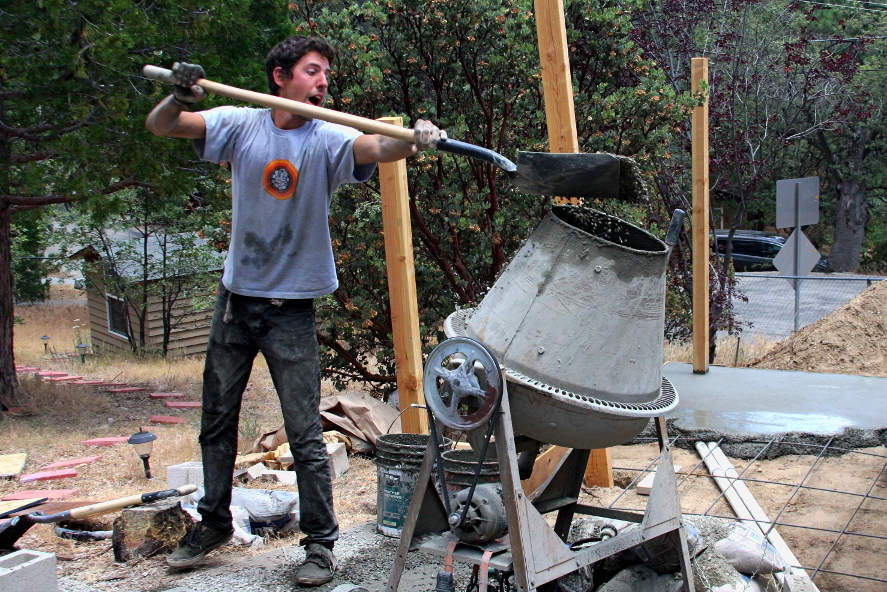 And here’s the completed workshop, including the cinder block retaining wall that Saph helped with: 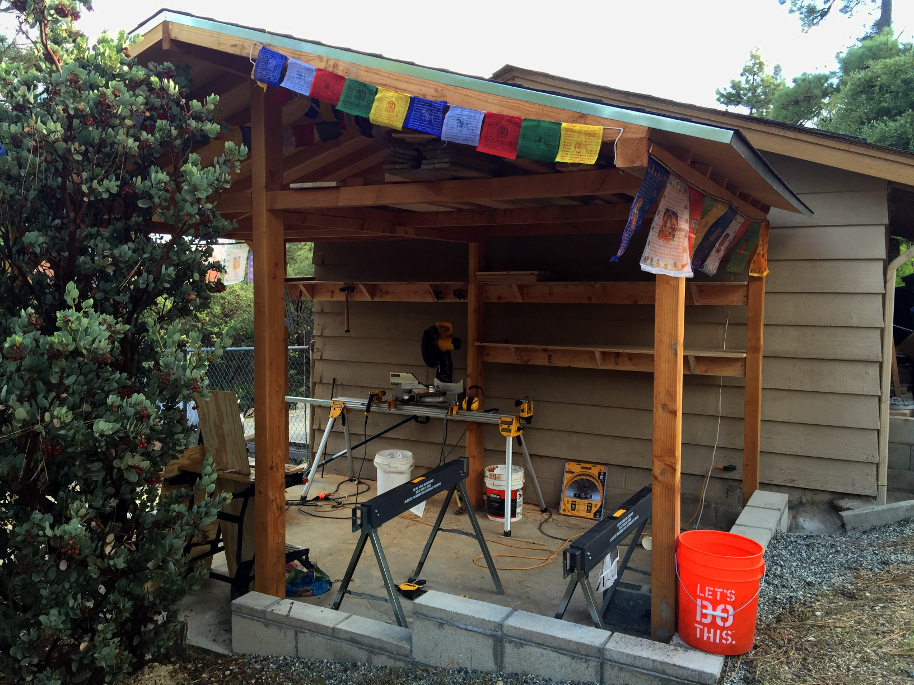 The last part of the project was the roof and gutters, which I decided to spraypaint as a rainbow, because why not? 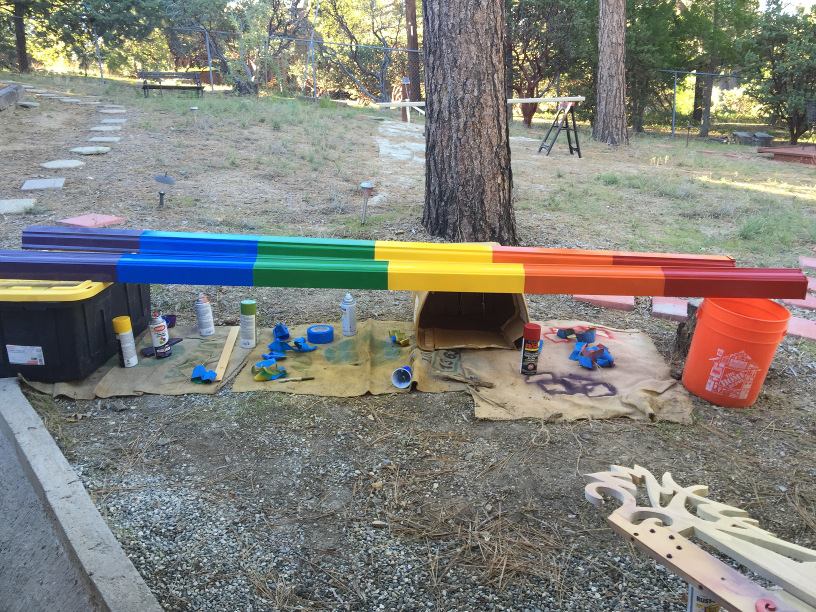