In the winter of 2018-2019 we experienced numerous cases of heating issues in the yurt.  The propane heater either wasn’t producing enough heat or it was not turning on at the proper time.  To resolve these issues we decided to install a redundant thermostat system and a 240v electric heater.  Although the heater was remarkably inexpensive, there were some challenges, including having to run a new 240v electric line to the yurt and figure out a way to tie the heater in to the existing thermostat.  Here’s a photo of the new redundant thermostat/timer setup: 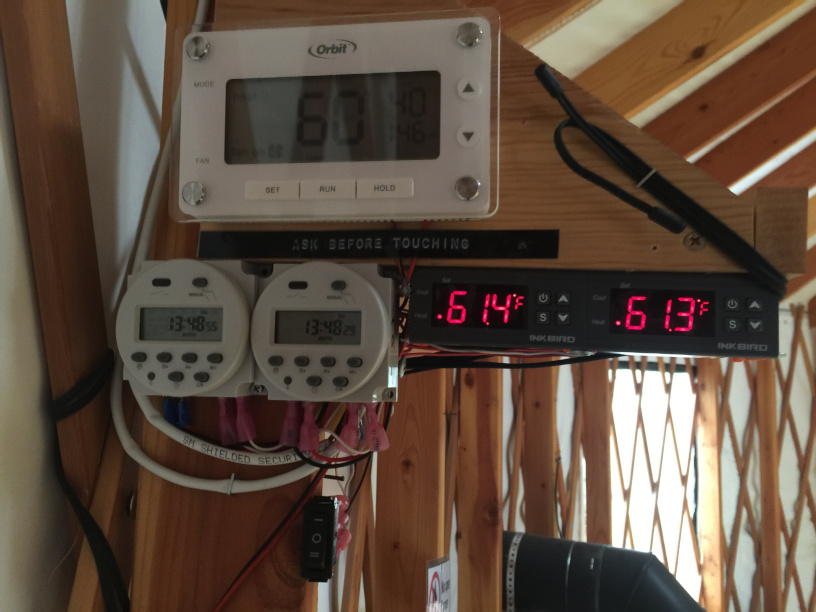 Here’s the heater we decided to go with, which cost less than $200 on Amazon, amazingly: 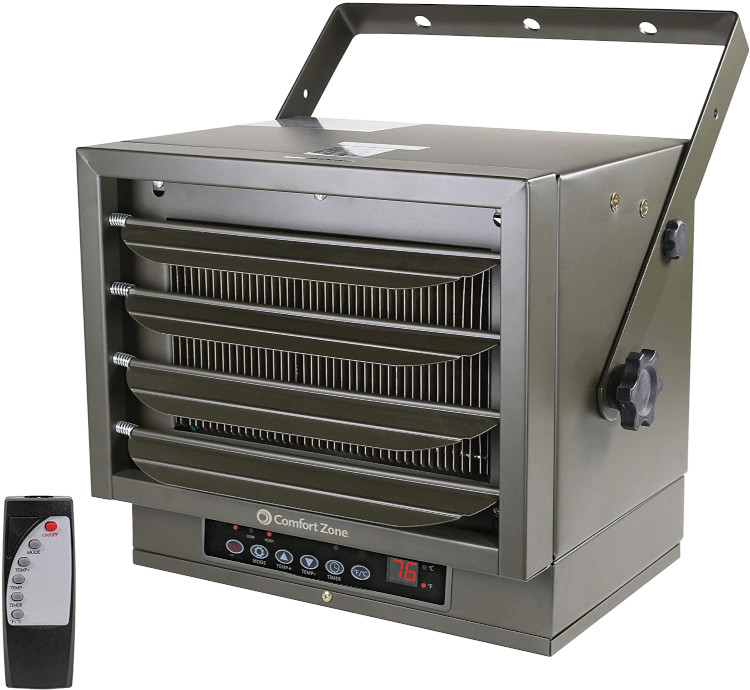 To solve the issue of tying the heater into the thermostat Colin came up with a smart hack.  The temperature sensor in the heater is a thermistor, which is a resistor that changes resistance at different temperatures.  So by hacking into the thermistor circuit and redirecting it to a logic board switch that could route the current through two different resistors of known resistance, we are able to make the heater think it’s either 32 or 99 degrees in the yurt, thereby forcing it to turn on or off. Here’s the completed hack with the relay (switch) on the left and the resistor circuit on the right.  We have had much better success with heating the yurt, and for less money, ever since! 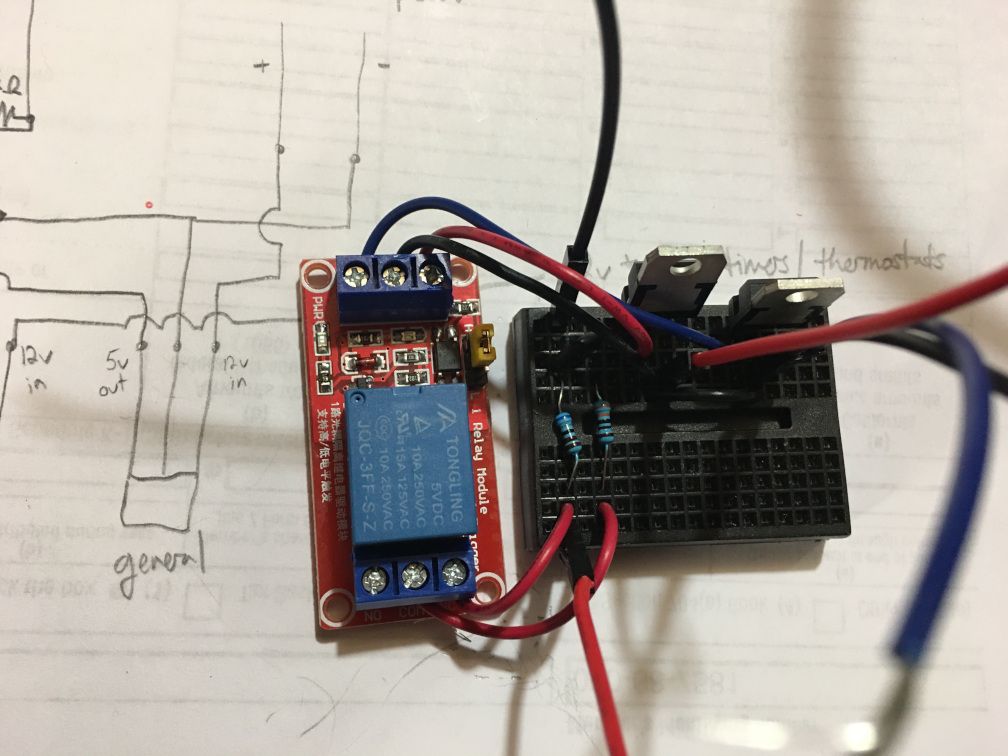