The other major project for 2021/2022 is the construction of a 10×12 “cabin” that will serve multiple purposes for the project.  The foundation had been completed a few years prior with Ivan’s help.  As we worked on it this year we decided to make the design a bit taller for more headroom, and subsequently began calling it the Tower.  We started with the underlayment, floor joists and subfloor, but didn’t take any pictures of this part of the project.  Here’s Josh helping with the installation of the 4×6 heavy framing, which was the next step: 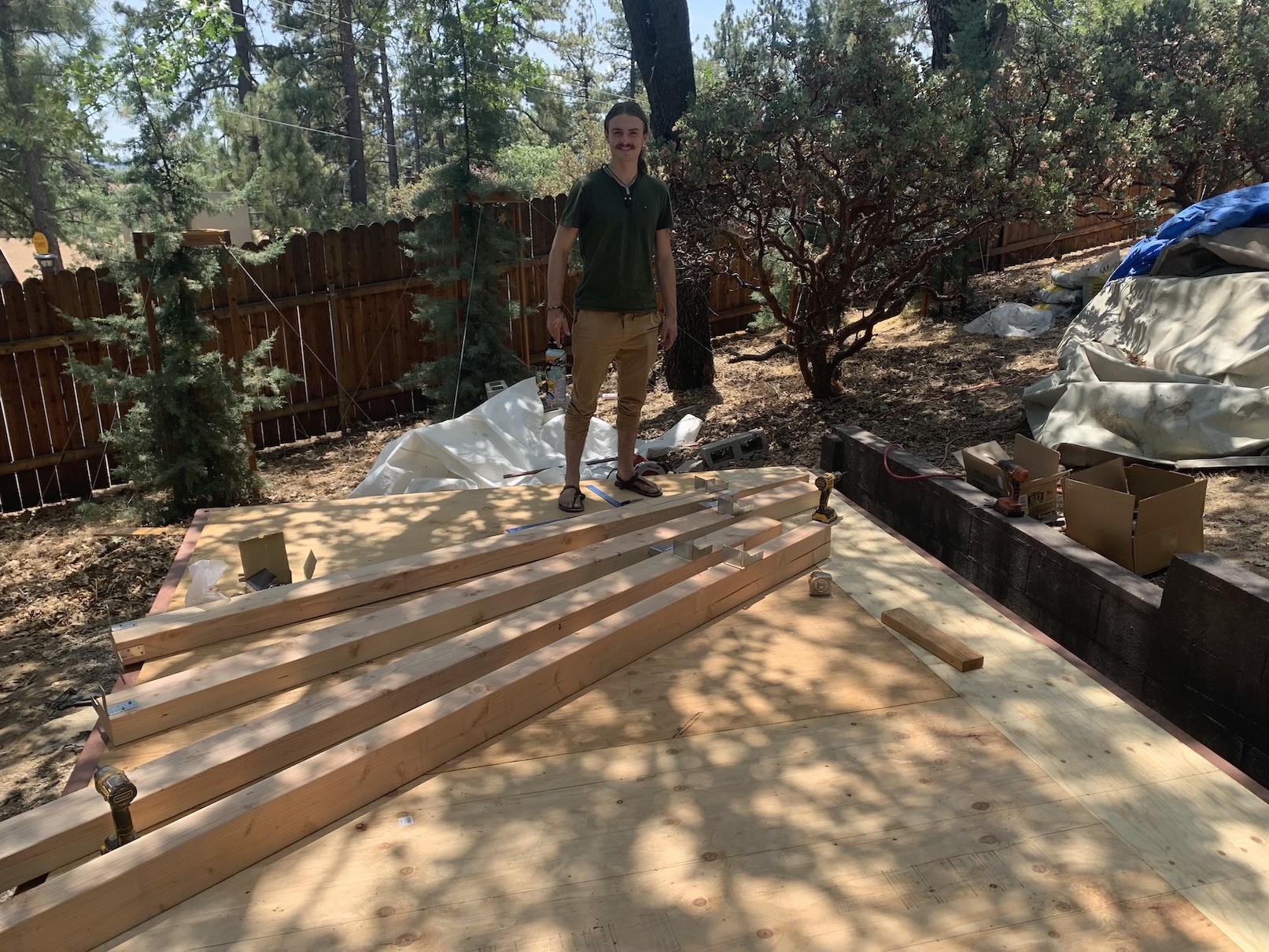 This project required a lot of lumber, which was retrieved from Home Depot off the hill using the recently renovated trailer: 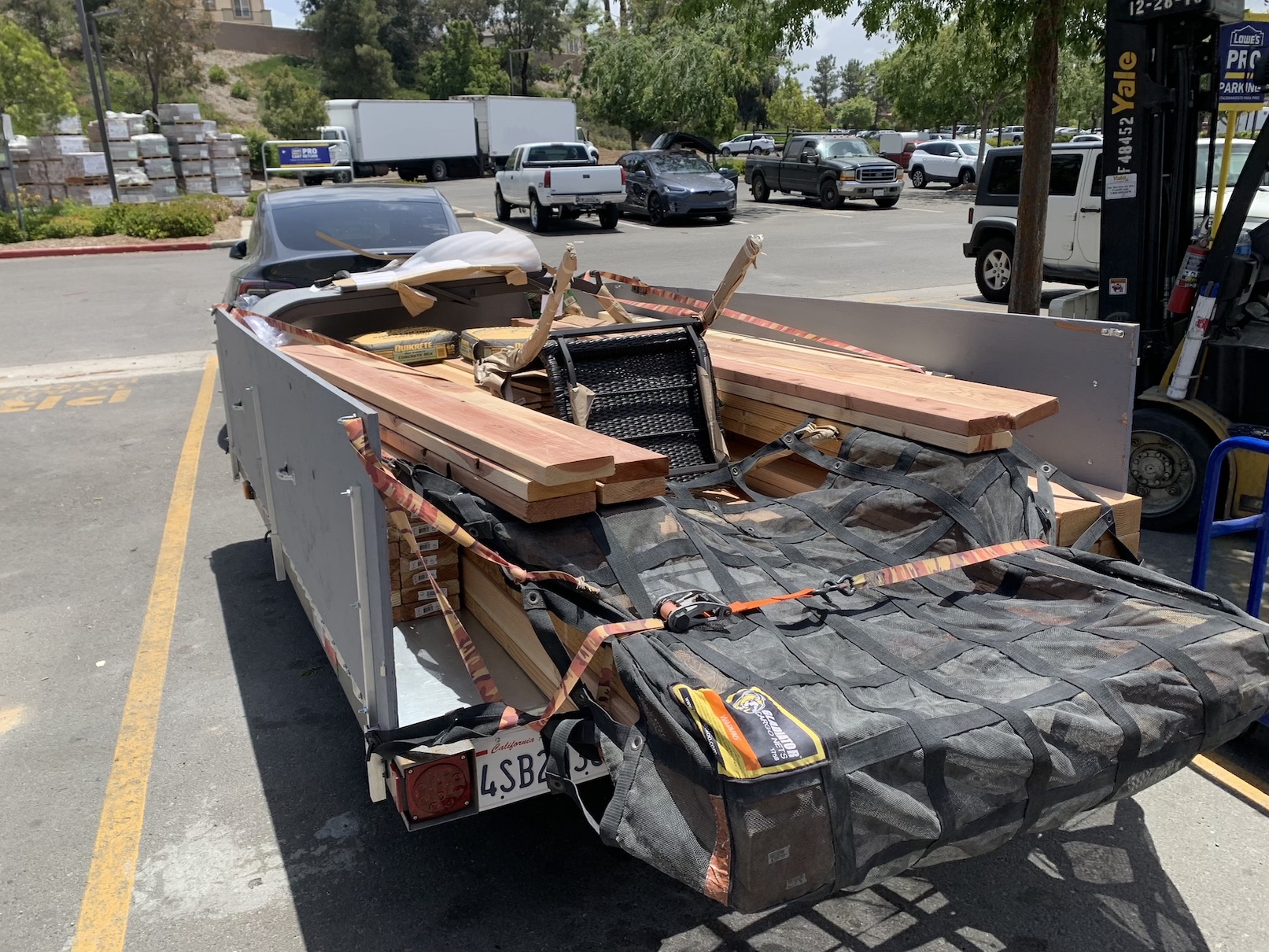 Once the heavy framing was up, we then installed the wall studs.  Keane came to help out for a day or two: 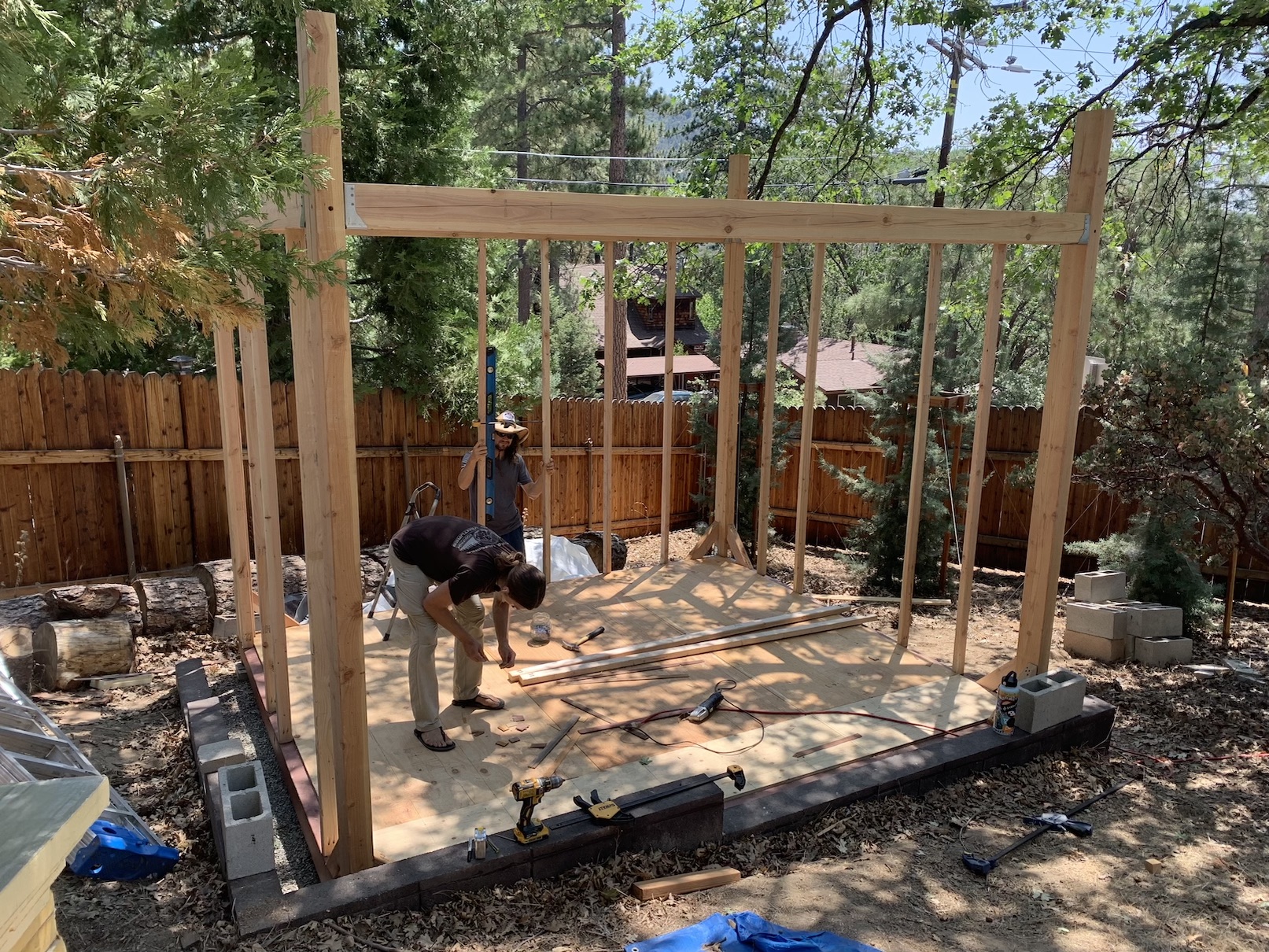 Once the studs were up we were able to add the blocking, windows and door: 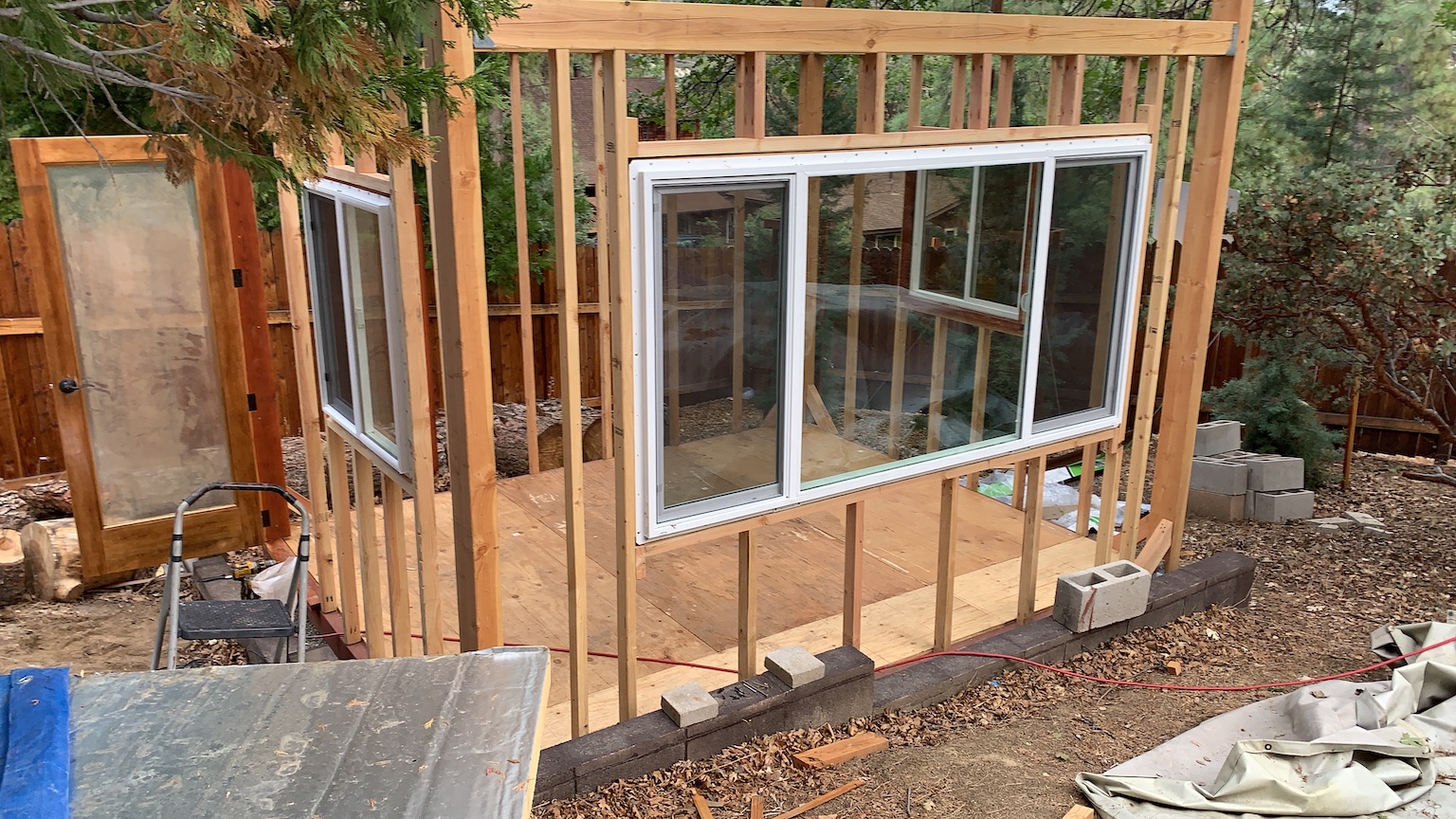 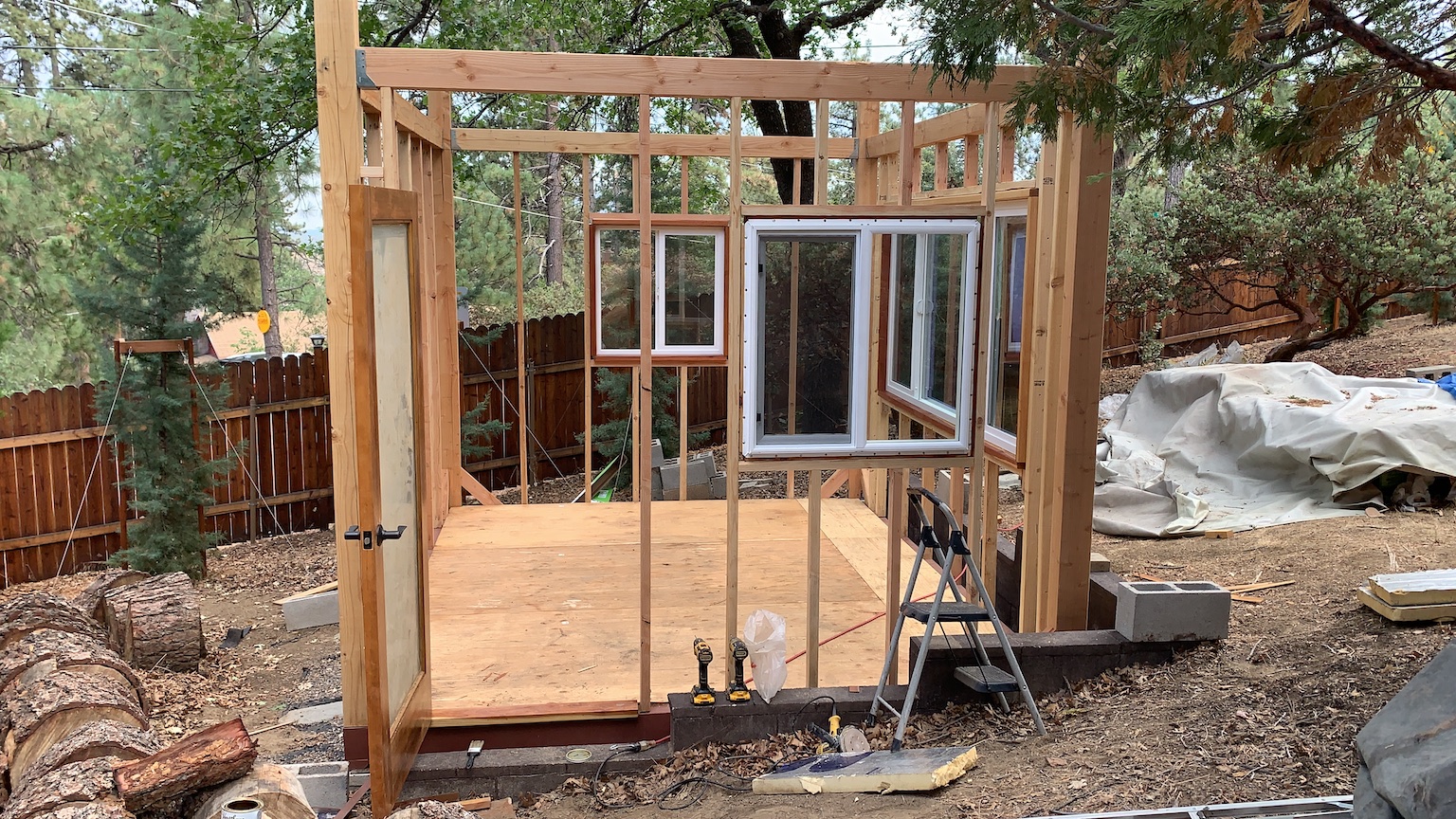 Next came the framing of the loft: 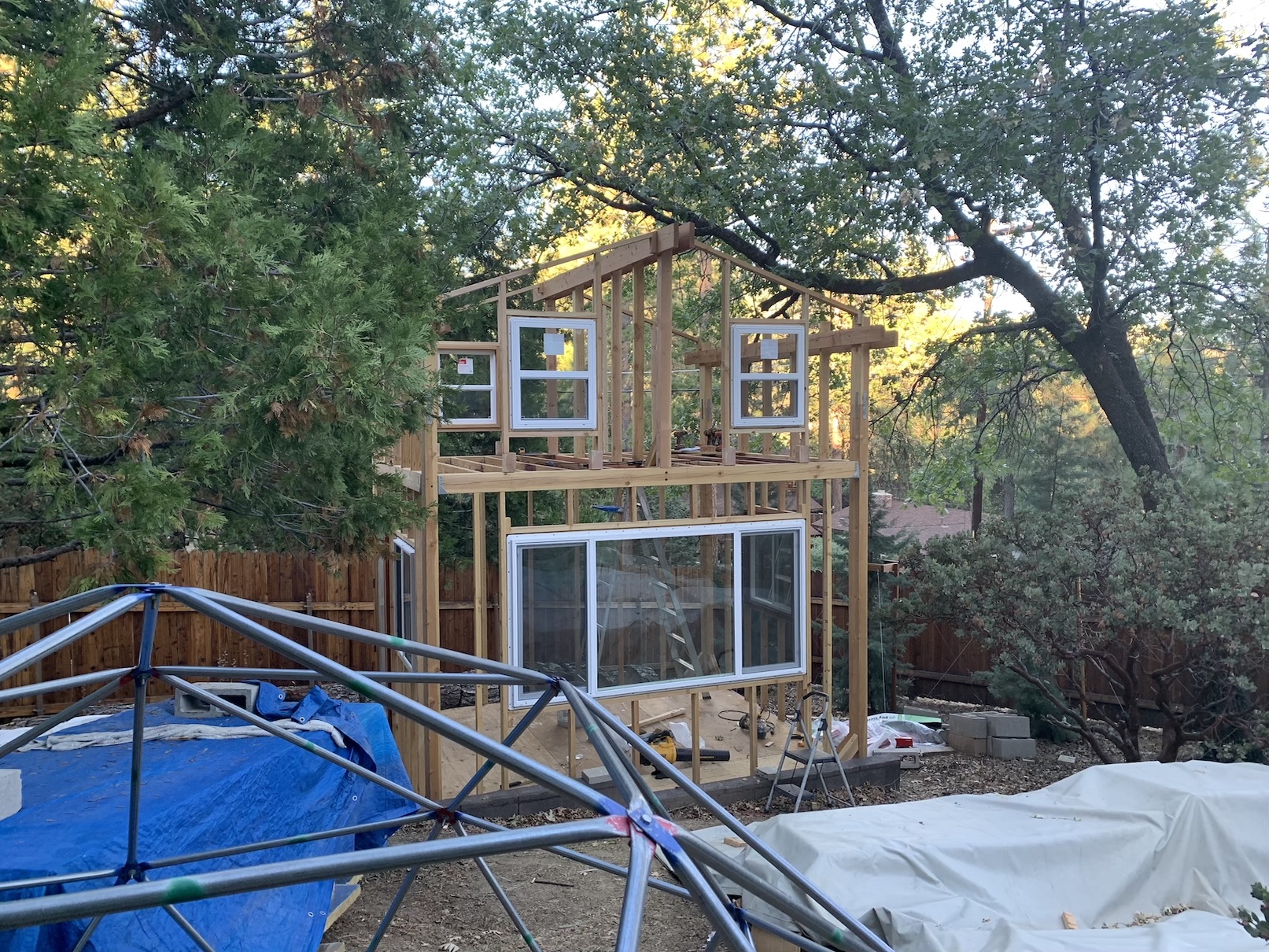 Once the framing was completed we added the plywood underlayment for the roof: 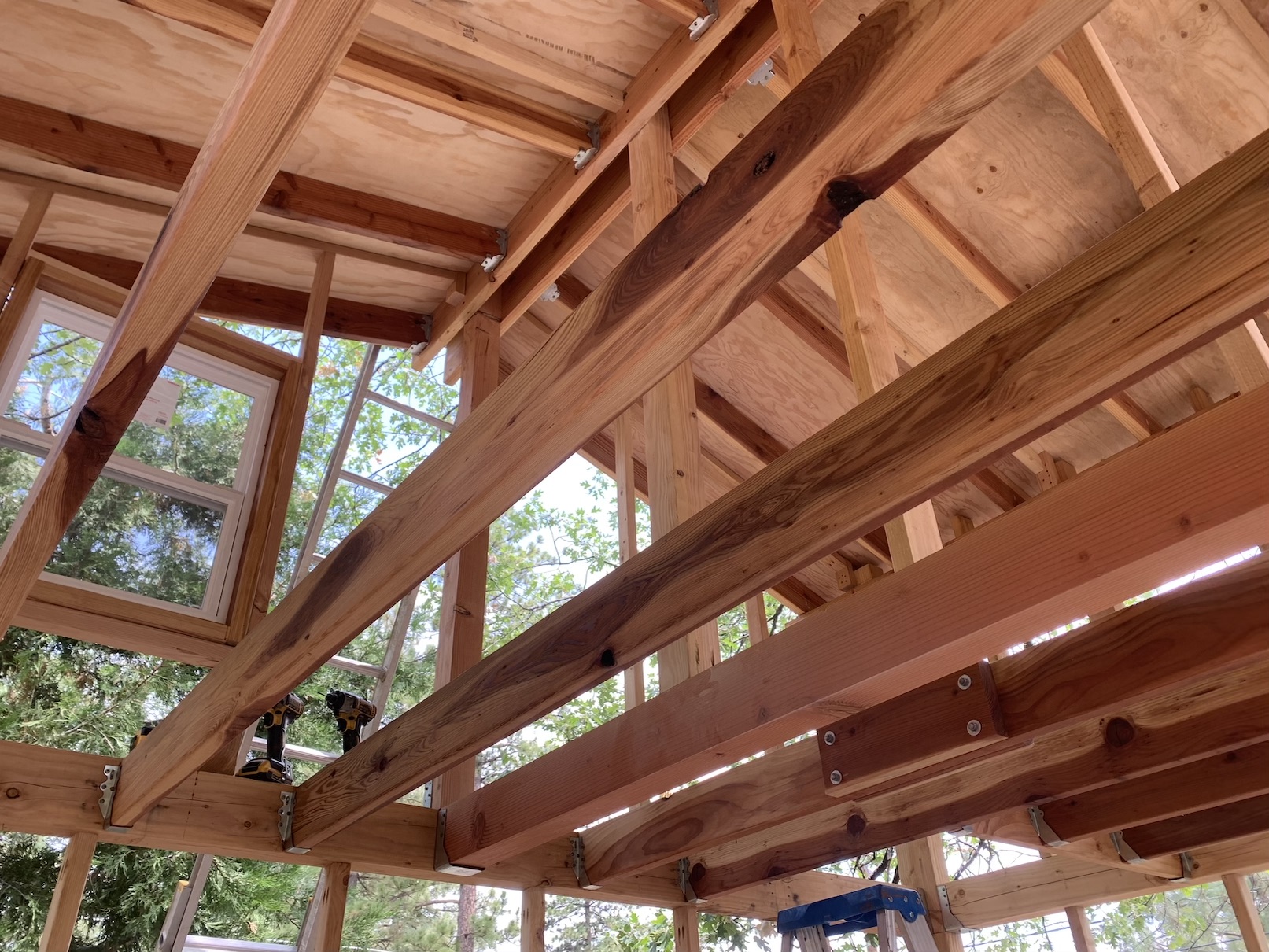 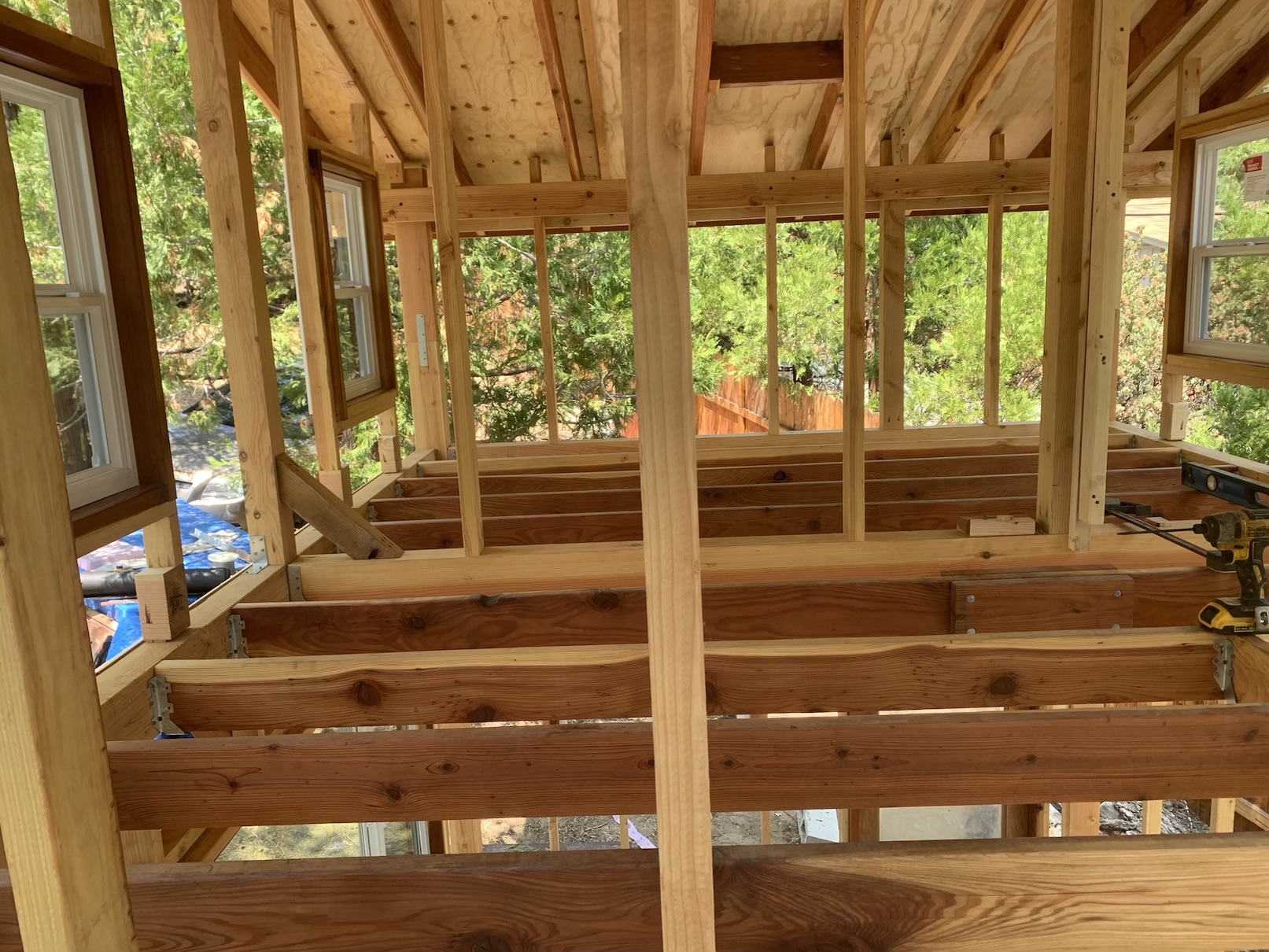 Then we added framing for the awning above the main window: 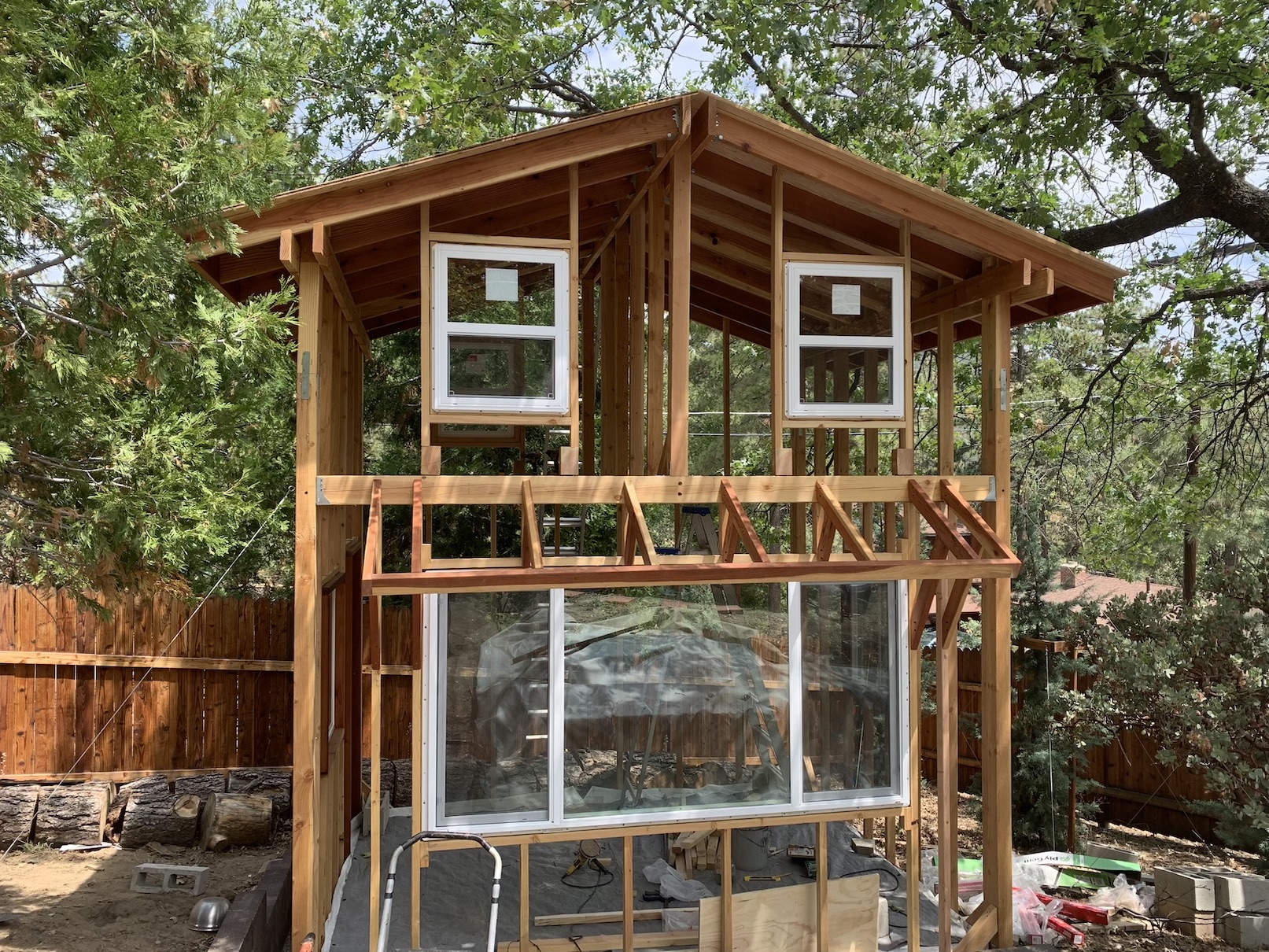 Next came the roofing.  We started by putting down heavy tar paper first: 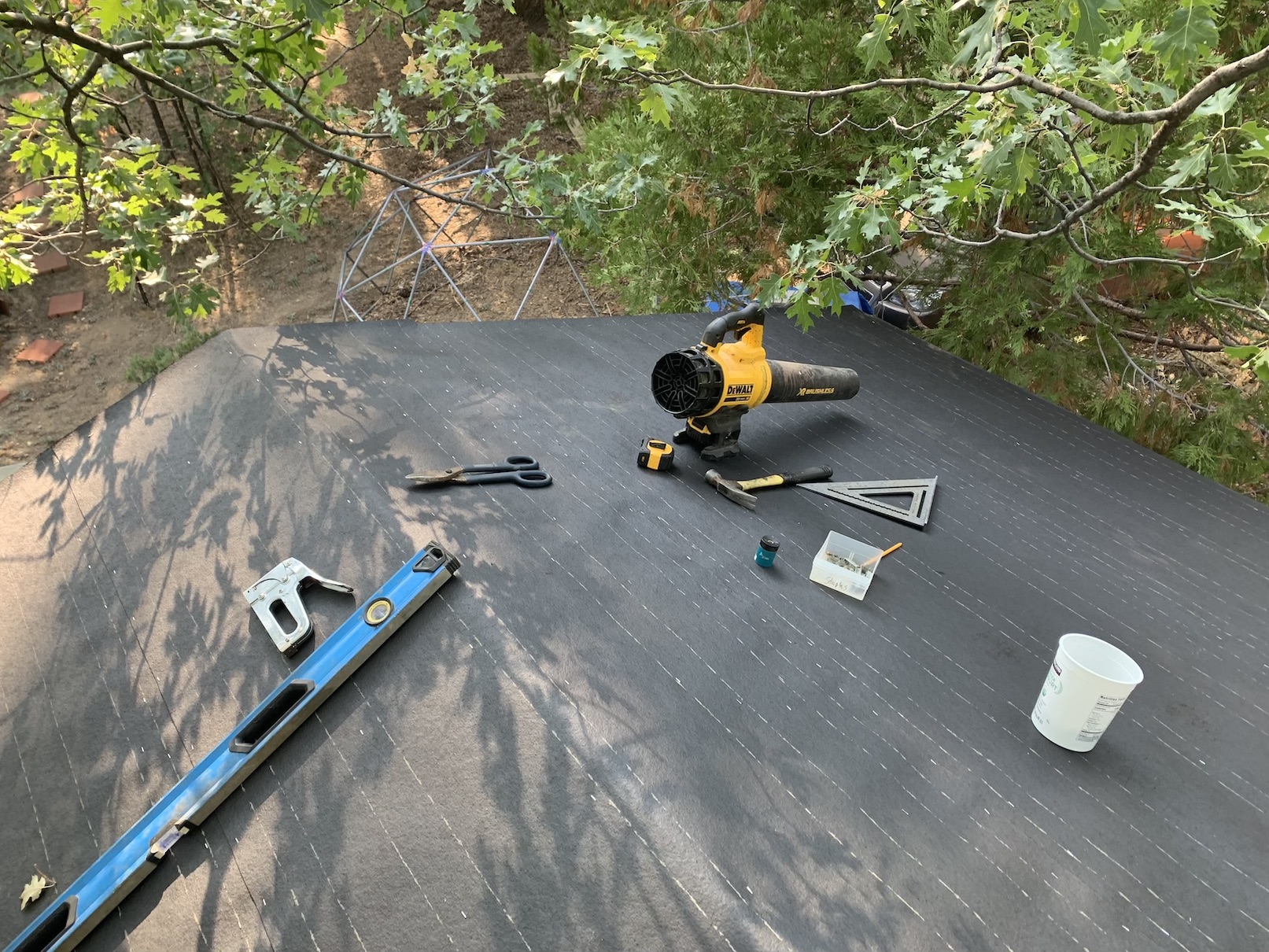 Then the asphalt shingles were added.  The roofing took about 3 or 4 days work: 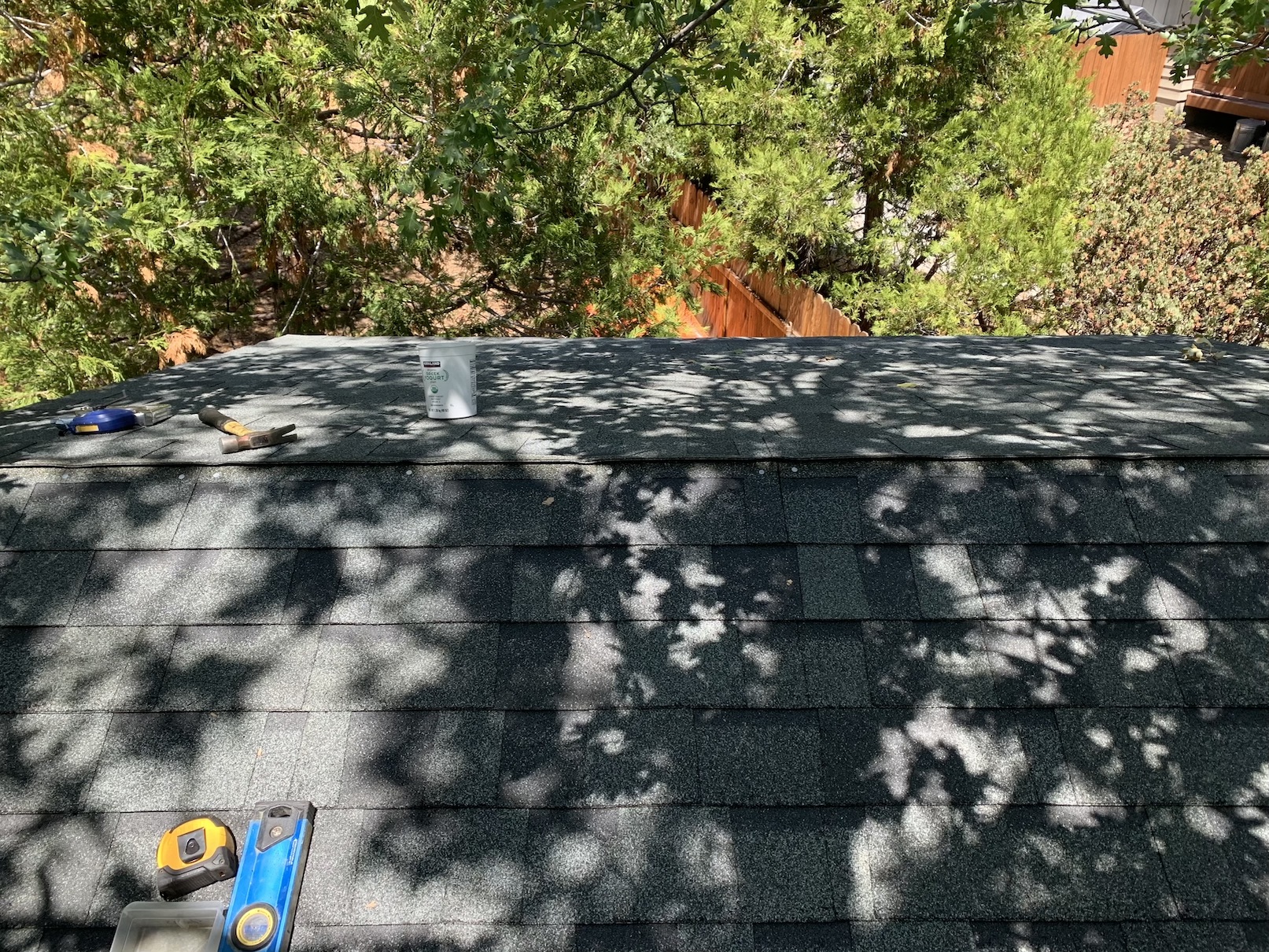 After the main roof was complete, shingles were added to the awning roof and tar paper was installed around all of the studs to prepare for the siding: 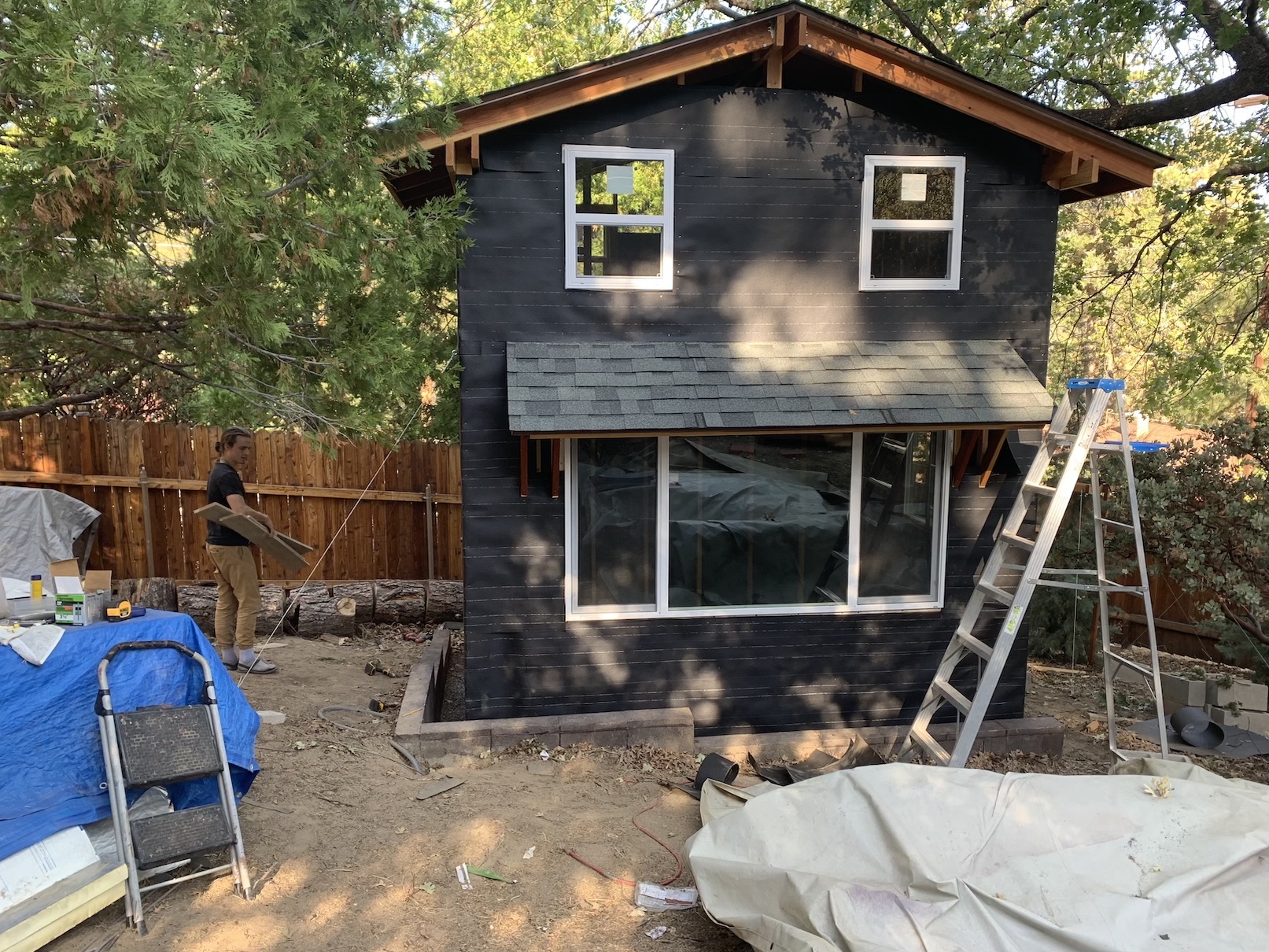 The final step for the year was the siding, which was a major effort between Colin, Josh and Cem.  We worked for about 10 days together to complete the siding.  The lowest layers were redwood: 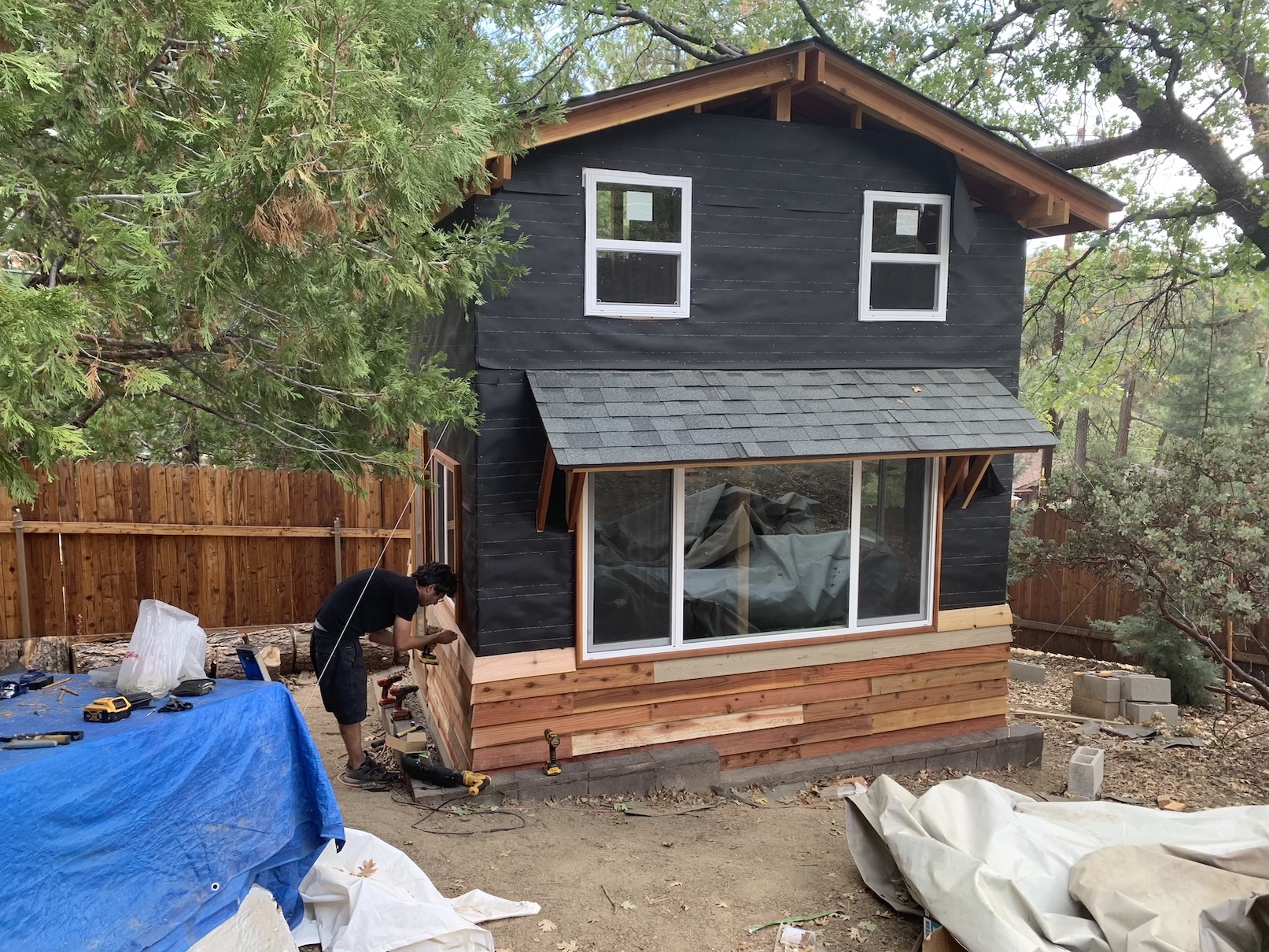 And higher up we used cedar.  As you can see in this photo, we got creative with our scaffolding: 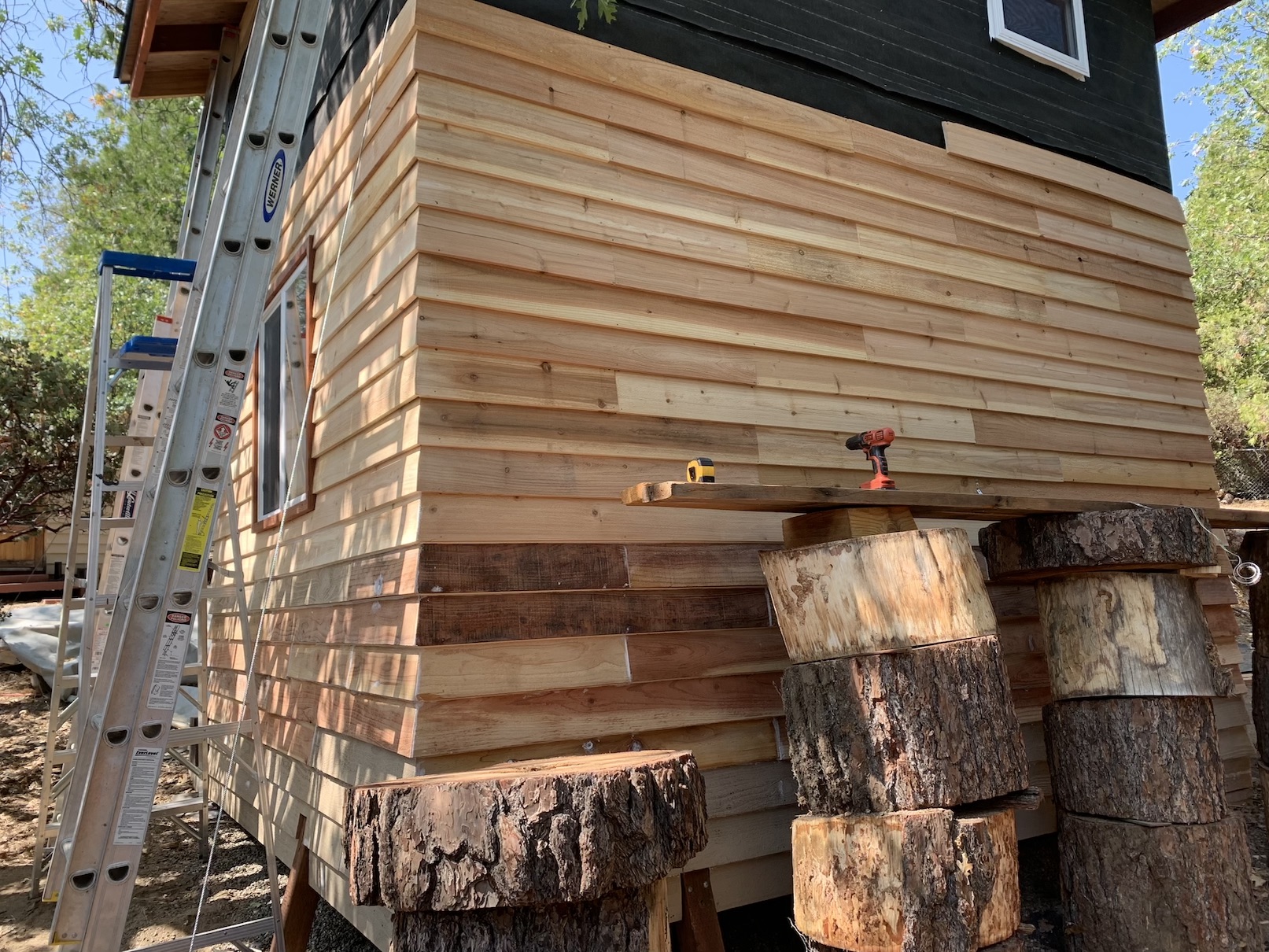 The siding was looking beautiful and once completed, it was sanded and the gaps were caulked to prepare for painting: 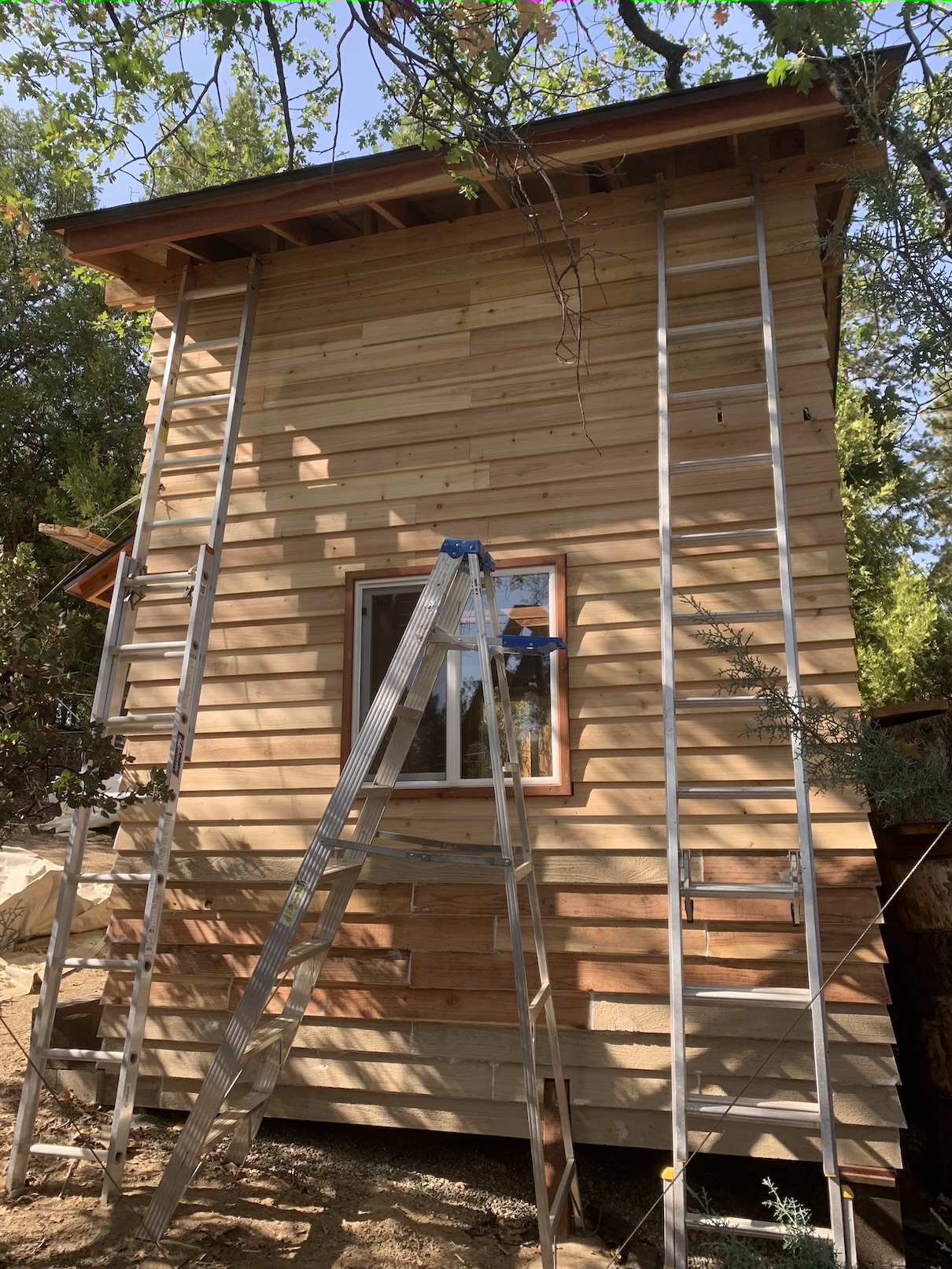 Painting was a little sad since the nice texture and tone of the cedar and redwood was covered with a single color, but it’s necessary for weather proofing and helped the cabin fit in with the rest of the structures on the property.  In this picture you can see the “treehouse”-esque ladder and plank scaffold we used on the front side: 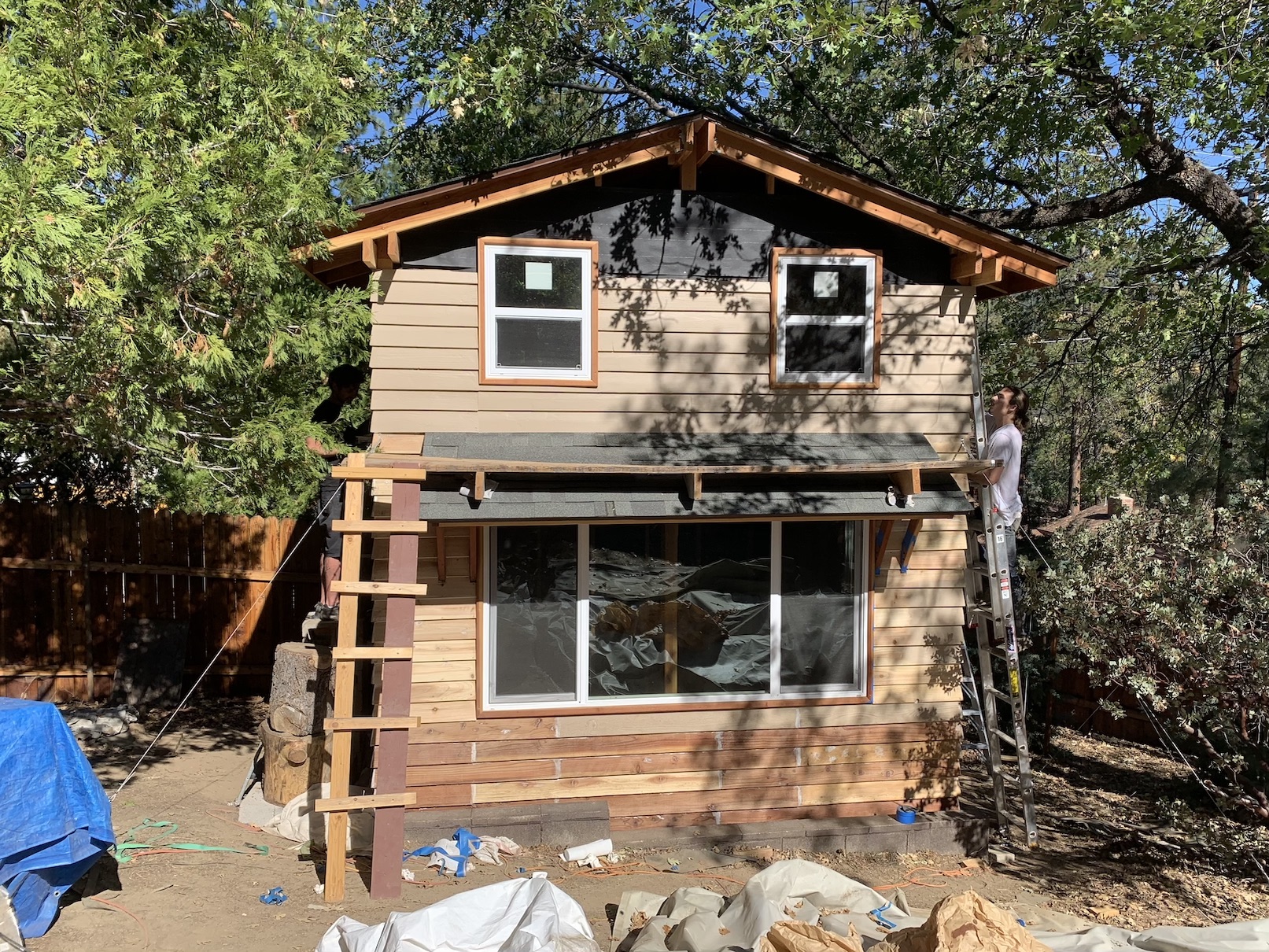 After the siding was complete, there were a few more small items before the project would be done for the year.  The first was attaching the electrical conduit and putting down mesh and gravel to keep out critters from underneath the structure: 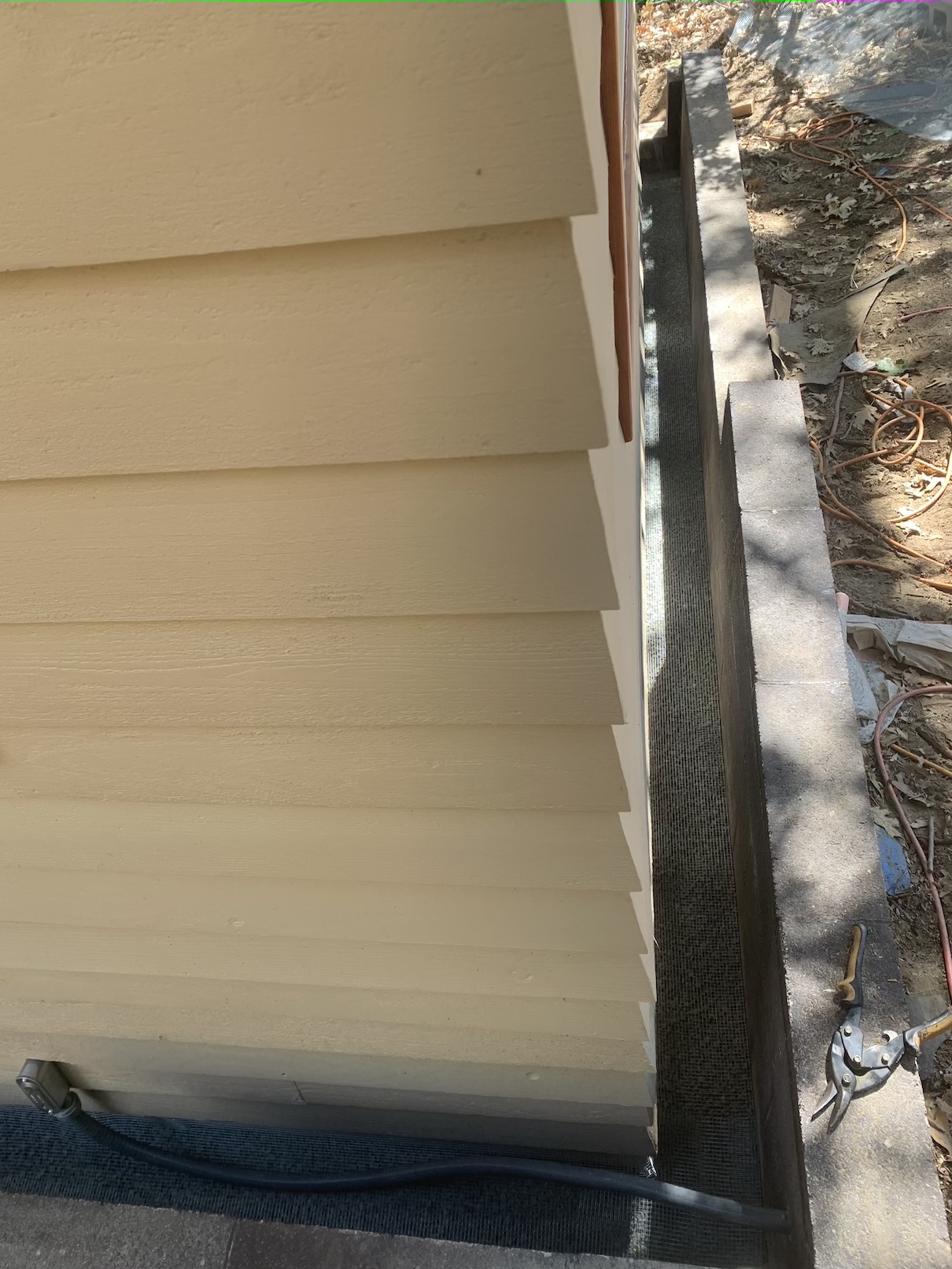 The last thing that was done was putting in the upper eaves on the front and back faces and adding gutters. Then the work was completed for the year.  There are a couple more minor exterior items for next year but most of the work will be on the interior going forward. 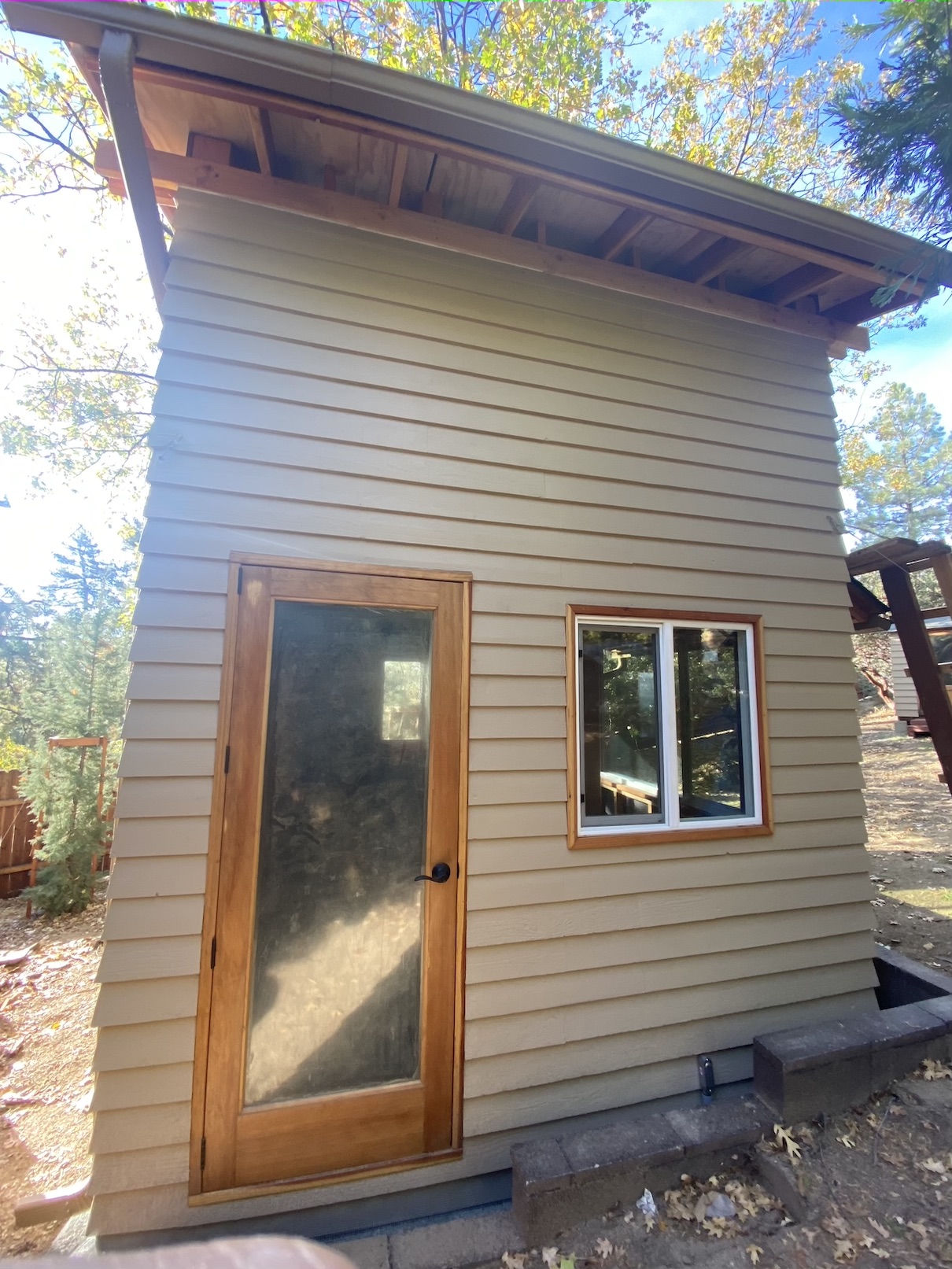 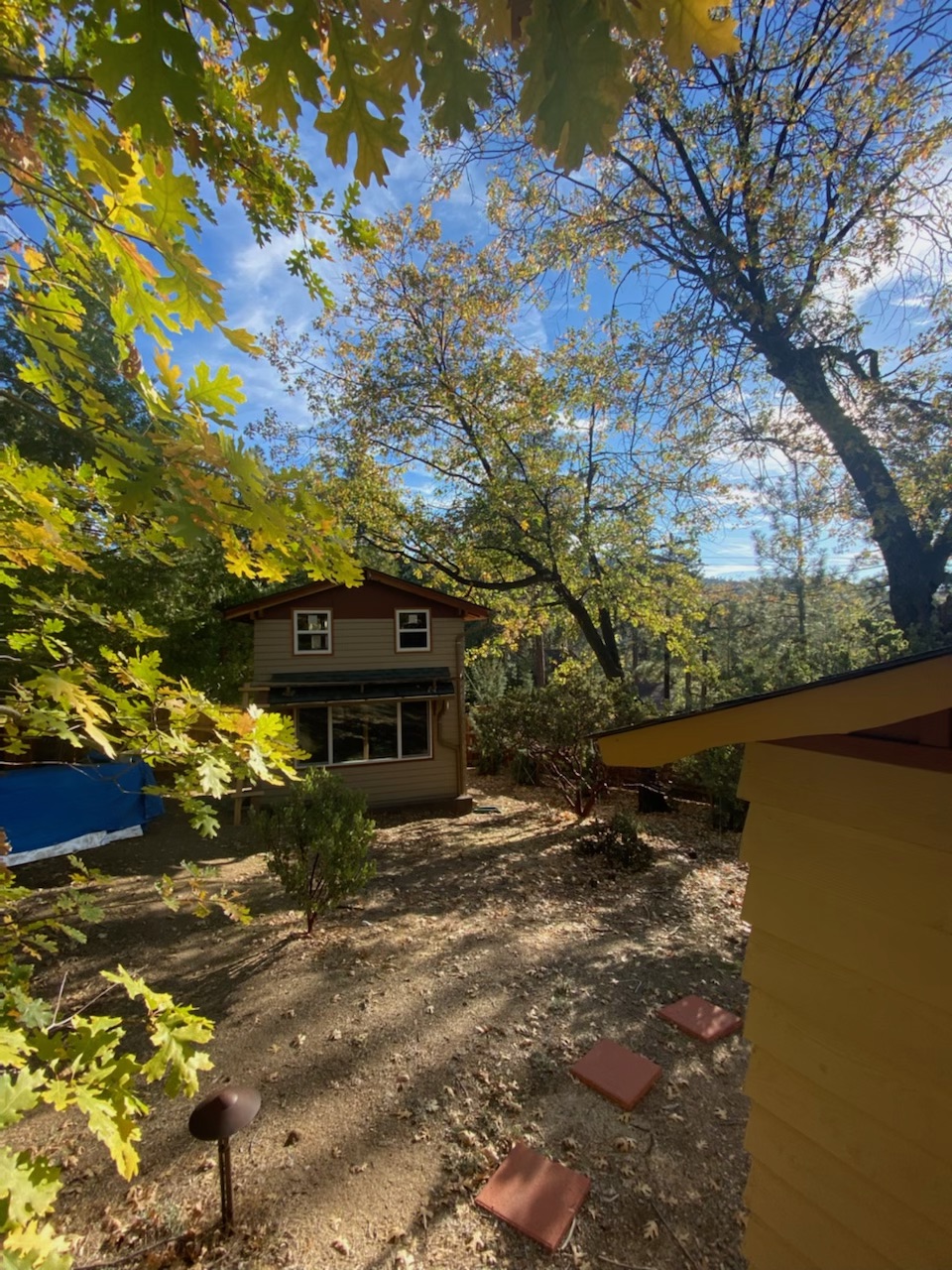