Early Summer 2021 brought with it some very hot weather for a couple weeks and this has become more of a common occurrence these past few years.  As a result Colin got a quote for a multi-zone mini split air conditioning system and the price was very high.  So we decided to DIY it and we even got a vacuum pump so we could do the final steps ourselves.  Nonetheless this turned out to be perhaps the most consistently stressful project of the year.  It required learning some new things and using unfamiliar tools and working with unfamiliar materials.  As a result there were several hundreds of dollars of mistakes made, although in the end the cost was still over $10k less than the original quote and well worth it.  Here’s a picture of the outdoor heat pump / condenser unit with the electrical and refrigerant hookups: 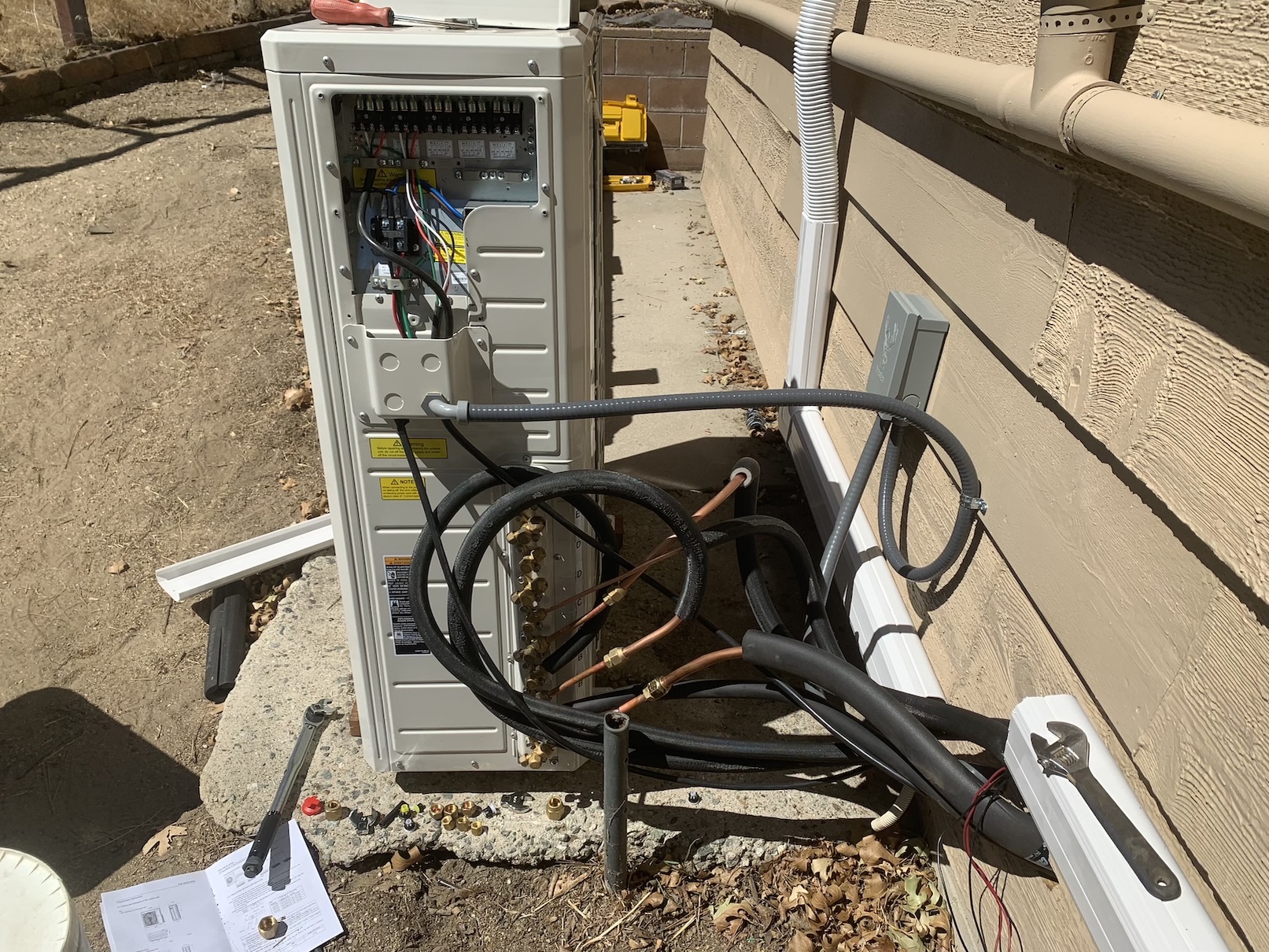 The linesets, as they’re called, include two refrigerant lines, a drain line and an electrical line.  These are bundled together and hidden in PVC lineset covers that run along the sides of the house:

In addition to the two linesets for the bedrooms that you see here, one longer lineset was run through the crawl space under the house to the front door area where it connects to the largest air handler for the main room of the house.  This was the most challenging lineset to install. 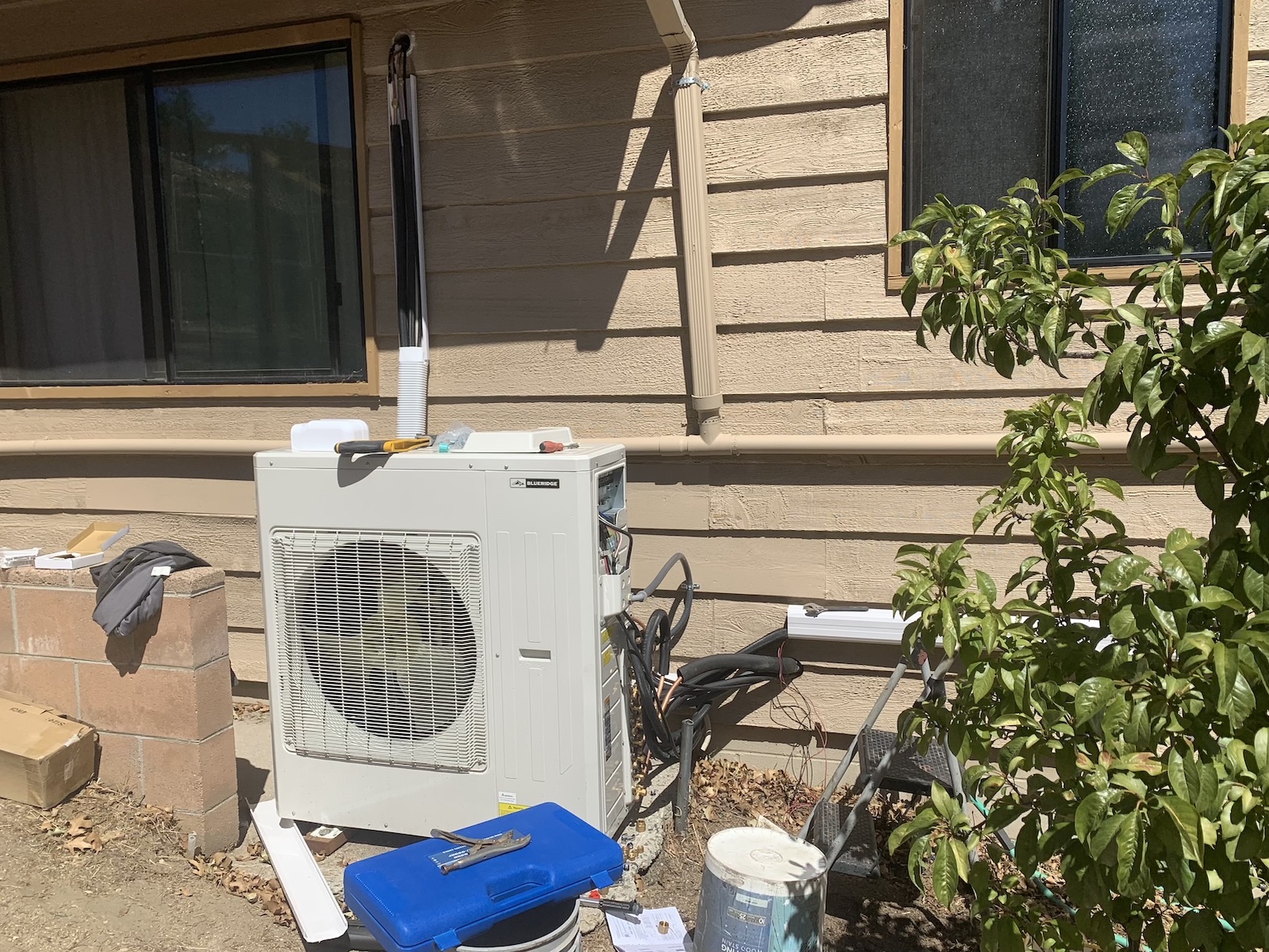 Finally we created a little roof for the air conditioning system to protect it from snow and rain.  Here’s a look after everything was hooked up: 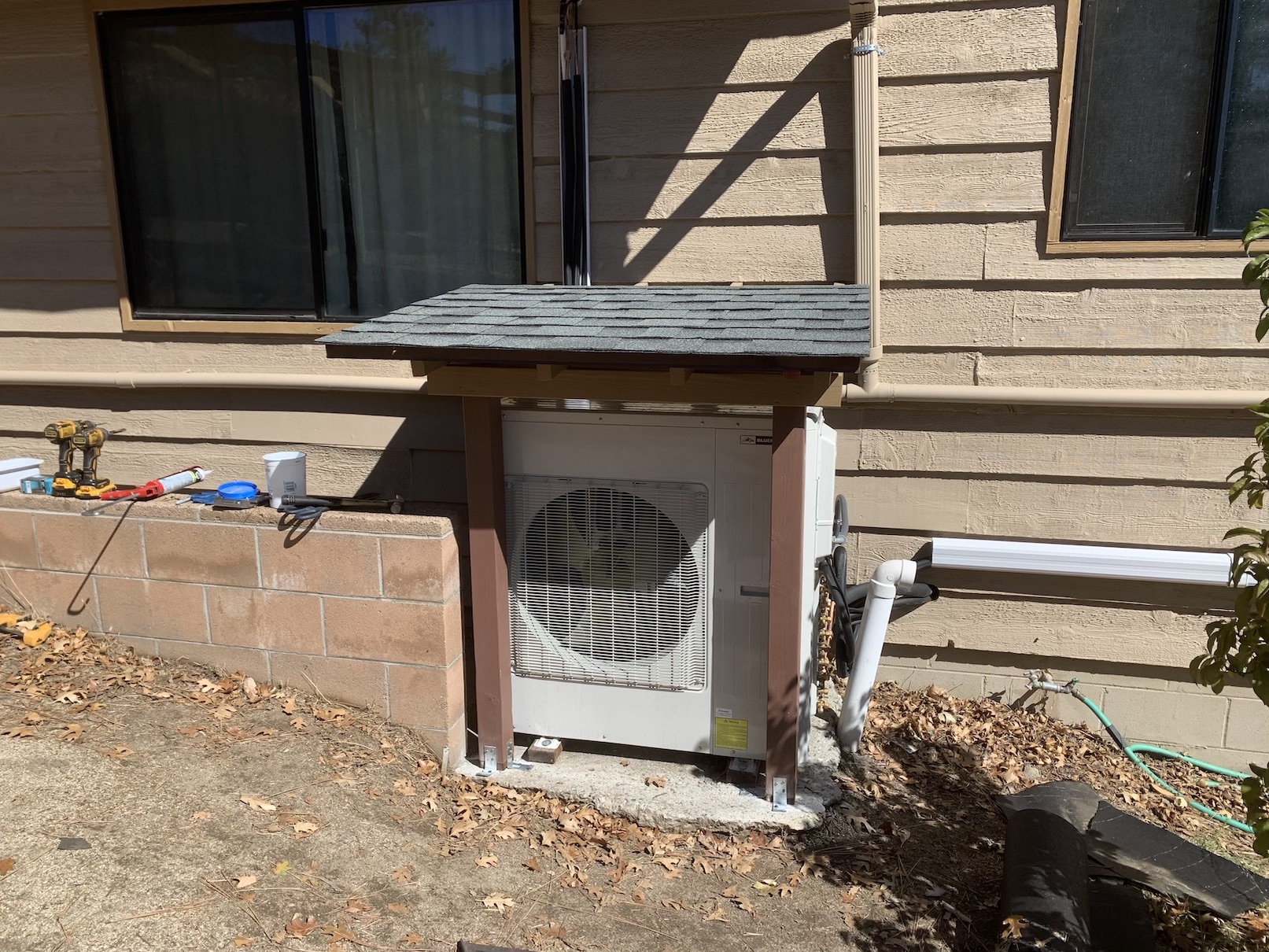 After completing the install we had two days of functional AC and heating from this system before Colin accidentally caused a leak while securing the refrigerant lines.  As a result we will not be able to use the system for winter 2021/2022 and some additional work will be needed in the spring. :-/